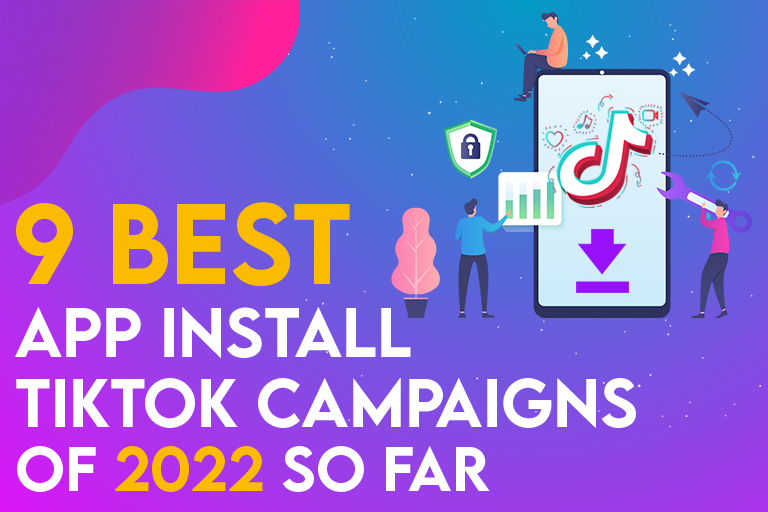 TikTokers form the most engaged social media users online. The majority of TikTokers fall into the younger millennial and generation Z tech-savvy demographic. They also tend to spend more time using their mobile phones than any other older demographic. For these reasons, app creators and advertisers are flocking to TikTok in order to advertise their products and services. Incidentally, most TikTok users are also heavy users of mobile applications in general. So by targeting this particular demographic, app creators are more likely to drive lower acquisition costs. By using the best TikTok influencers, many brands are lining up to create the best app install TikTok campaigns.

“TikTok now boasts a streamlined ad interface that makes it easy to create and target your ad campaign, team up with influencers and measure the success of your campaign in real-time.”

Running an app install campaign via TikTok has never been more popular, and the results can be incredibly successful. TikTok now boasts a streamlined ad interface that makes it easy to create and target your ad campaign, team up with influencers and measure the success of your campaign in real-time. Additionally, there is a wealth of data available on TikTok users that can help you target your ads more effectively.

Our paid specialists at House of Marketers, are now helping companies scale to the levels and budgets they were spending on Facebook and Instagram. That’s because they’ve found more value in TikTok marketing. Now is ultimately the golden age for TikTok – you can’t miss out on the scaling opportunity!

But with so many businesses competing for attention in the digital sphere, it can be difficult to know where to start. So we’ve put together a list of the 9 best app install TikTok campaigns of 2022 so far to help you find some inspiration. 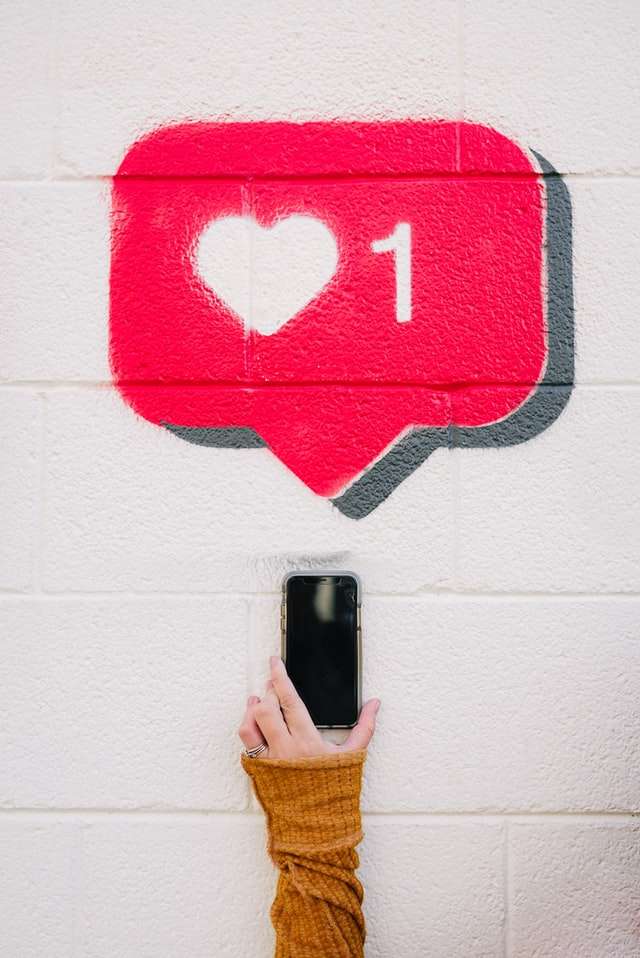 Coinbase, founded in 2012, is a secure online platform for the exchanging of digital currencies, such as Bitcoin, Ethereum and Enjin coin. To increase app installs for their mobile crypto trading and storage platform, Coinbase ran a series of app install campaigns on TikTok.  For this campaign, their target market was both low-tech and high-tech Millennials based in the US, with an interest in financial investment and crypto.

One of their best apps installs TikTok campaigns recently launched in 2022. Their ad displays the app itself, with a sped-up demonstration of someone’s crypto portfolio rapidly increasing. Superimposed over this screen recording, are the words “Earn $5 in Bitcoin for getting started on Coinbase”, referring to a promotional offer for new users. The ad runs for 19 seconds, with the highest click through rate during its 18th second.

Mint is a personal finance mobile app that was created in 2007. To increase downloads and users for their app, Mint ran a series of app install campaigns on TikTok using a popular “fintok” influencer. Their target market was young people who are just starting to think about their financial future.

Their 2022 TikTok ad runs for 28 seconds and features popular financial freedom influencer Steve, who owns the channel @calltoleap. Steve is a former teacher-turned-millionaire with over 879.1k followers on TikTok. During his ad for Mint, which was featured on his profile, he discusses how the app has helped him become more financially responsible over the past 5 years by tracking his spending and allowing him to save money.

Poshmark is a social marketplace and e-commerce platform that facilitates the buying and selling of new and used fashion and household items. Users can follow people on the platform with similar fashion tastes and buy their second-hand clothing and household items, while also using the app to sell their own goods. Their target market is younger, fashion-conscious buyers who choose to forego fast fashion and engage in more ethical consumerism.

To promote their app and increase downloads, Poshmark ran a series of TikTok ads from their brand account. They leveraged the popularity of the high school drama series Euphoria. The concept of the ad series was to show what each character of the show would likely buy if they were to shop from Poshmark, according to their individual fashion sense.

@poshmark Reply to @sneezytoast We hear you! Here are brands Maddy Perez would shop on Poshmark. 👑#euphoria #maddyperez #maddyeuphoria ♬ your my soulmate – dez

Gorillas are a relatively new German-owned app founded in 2020 that allows users to order groceries and household goods from supermarkets nearby. Their target market is busy young adults who want the convenience of fast food and grocery delivery without paying extortionate delivery fees.

To promote their UK launch in 2022, they ran a series of TikTok ads aimed at boosting app downloads and raising brand awareness in the British market. Their 15-second high production value in-feed ad quickly highlighted all the benefits and features of their app such as “skip the supermarket trip” and “delivery in minutes”. Their highest click-through rate was in the 13th to 14th second.

Despite being such a new brand to the UK market, this single ad achieved over 20k likes and 70 shares in just 30 days.

Albert is a personal finance app launched in 2015. It’s aimed at helping younger users become more financially savvy and learn how to invest and budget, all with the help of the app’s in-house team of financial experts. They are not technically a bank, but they do provide investment services, advance payments, saving facilities, and financial advice via their mobile app.

“Despite Albert’s low brand presence on TikTok, their ad campaign managed to amass over 50.3k likes for this ad, plus 486 comments and 533 shares in just 30 days.”

They launched a TikTok campaign, targeting younger users who may be struggling to manage their monthly expenditure. Their most successful ad features two friends in a car. One of them is complaining that he doesn’t have enough money to last him till payday. The other friend tells him she got a cash advance through the Albert app, so he should sign up too. By doing so, he could avail of up to $250 when he needs it, with zero interest fees.

Despite Albert’s low brand profile presence on TikTok, their ad campaign managed to amass over 50.3k likes for this ad, plus 486 comments and 533 shares in just 30 days. 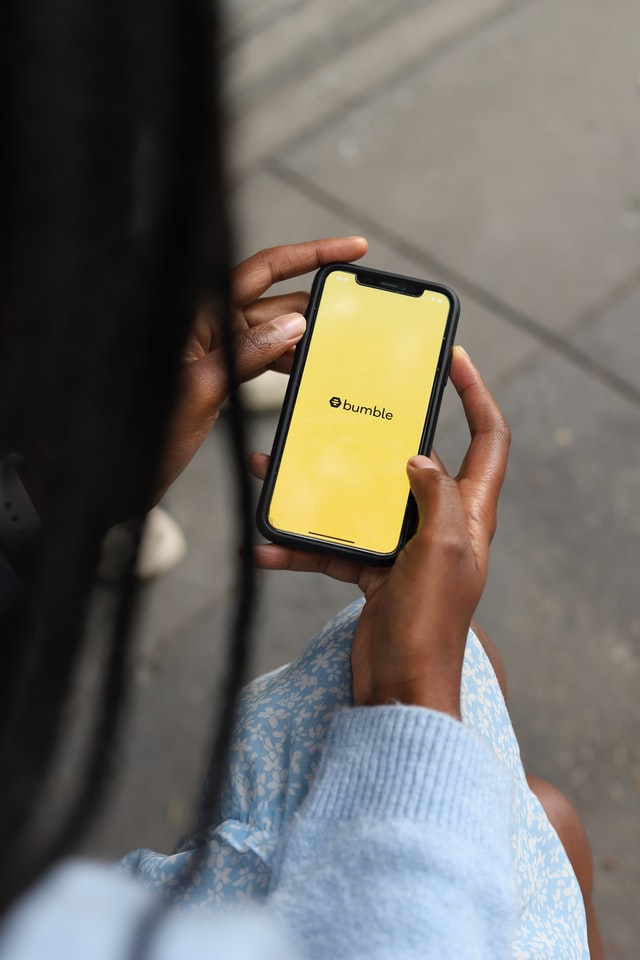 Dating and networking app Bumble was an early adopter of TikTok ads and has been running campaigns on the platform since 2020. To keep up with the ever-evolving dating scene and to capture the Gen Z market more effectively, they created a campaign featuring popular TikTok influencers discussing their latest hobbies and interests under the hashtag #datewithbetteranswers. One of their best app install TikTok campaigns resulted in a 5x increase in app installs, so they have continued using TikTok as a powerful advertising tool into 2022.

Their most recent ad features a girl looking around urgently while the camera shakes with the words “my friends trying to find boys” on the screen. It cuts to a scene of her scrolling casually on her phone to contrast how easy it is for her to find boys compared to her friends since she uses Bumble.

You can learn more about how Bumble uplifted their app installs by 5X with TikTok marketing, here. 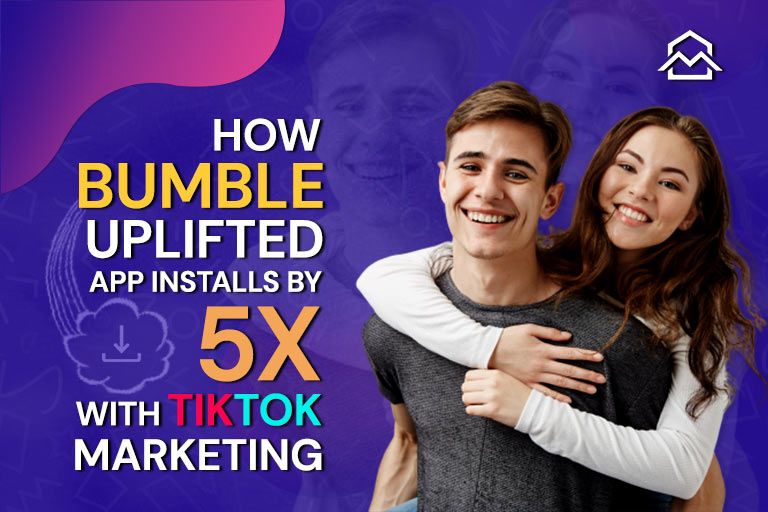 Hopper is a travel app that allows users to book flights and hotels at the best prices. Launched in 2015, Hopper achieved unicorn startup status by 2021 after an impressive $1b valuation. This was despite facing a customer service crisis amid the COVID lockdowns of 2020. During this time many users struggled to receive flight refunds or make contact with anyone from the app itself.

In a bid to recover their reputation and continue to gain new users, they launched a successful TikTok ad campaign this year in collaboration with father-son duo influencer account @mmmjoemele. Their 32-second ad features a Joe Mele revealing Hopper’s cheap domestic US flight deals to his father, who reacts in shock each time.

The ad was a great success, achieving over 289.1k likes and 2k shares. Comments were disabled.

@hopper Another round of “Guess how much the flight costs?” with @mmmjoemele! #travel #traveldeals #budgettravel #travelhacks #hopperapp ♬ original sound – hopper

PrizePicks is a Daily Fantasy Sports app that launched in 2018. It allows users to bet real money on their fantasy sports leagues. Their target market is mainly male Millennial sports fans with disposable income. They wanted to boost their app installs using a promotional offer, so they set their sites on TikTok.

In 2022, they ran a series of TikTok ads highlighting their latest promotional offer. Users could win $25 if they signed up to the app using the code “LeBron” and basketball star LeBron James scored a point in his next game. Their ad features a younger male sports fan. He discusses the main features of the app and introduces the promo code.

This popular ad campaign achieved over 232.3k, 646 shares, and over 2k comments. It resulted in a significant increase in app downloads.

Sweatcoin is a free health and fitness app that rewards users with a type of digital currency for every step they take. It converts your steps into “sweatcoins”, which can then be traded for various goods and services within the app’s marketplace. The company has mentioned a future goal of moving the digital currency onto the blockchain, creating a “sweatcoin” cryptocurrency.

In 2022, they launched a TikTok ad campaign aimed at UK users. Their 24-second ad features an influencer discussing how the app works. They also discuss how you can spend your sweatcoins with over 3000 partners in the app marketplace. This includes some big names such as Amazon.  Their campaign was a great success, achieving over 89.4k likes, 2.1k shares, and 1.5k comments.

Best App Install TikTok Campaigns: Could You Be Next?

And there you have it! 9 of the best app install TikTok campaigns of 2022 so far to help you find some inspiration. Want to launch your first campaign with TikTok? To discuss your next TikTok campaign, get in touch with our creative experts who’ll help take your brand to new heights. 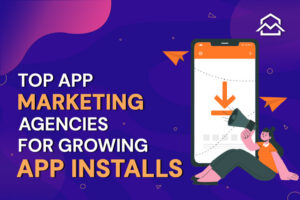 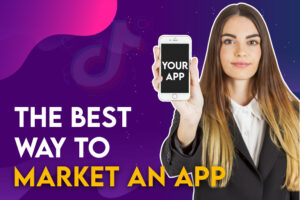 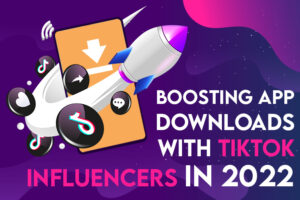 How To Boost App Downloads with TikTok Influencers in 2022 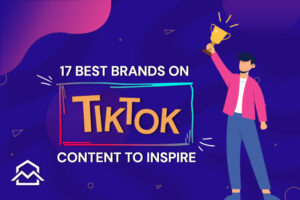